SAINT PAUL, MN (June 7, 2021) – The Minnesota Gun Owners Caucus today announced, in partnership with national gun rights organizations Firearms Policy Coalition (FPC) and the Second Amendment Foundation (SAF), that it has filed a federal Second Amendment lawsuit seeking to restore the right of adults under 21 years of age to carry loaded, operable arms in public for self-defense and other lawful purposes. 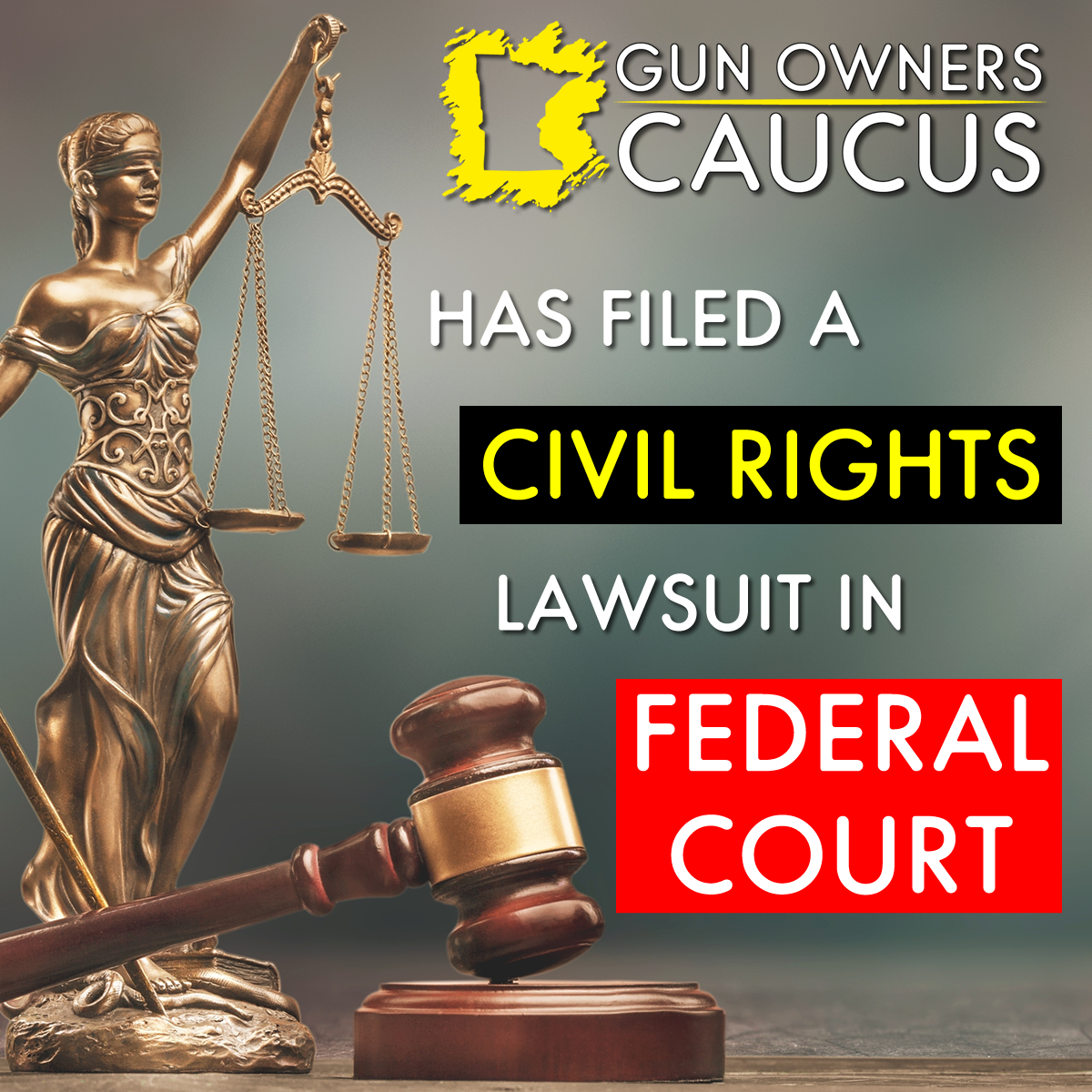 The case, Kristin Worth, et al. v. John Harrington, et al., is the latest legal effort in the Caucus’s planned litigation in Minnesota to secure the right to keep and bear arms throughout the state.

The complaint can be found at FPCLegal.org.

The State of Minnesota generally bars the carrying of handguns in public for self-defense without first acquiring a permit to carry. But under state law, those permits cannot be issued to adults under the age of 21. This legal scheme is thus an unconstitutional total ban on the exercise of the fundamental human right to bear arms for a broad class of legal, law-abiding adults who can vote, serve on a jury, hold public office, marry, and serve in the armed forces.

“There is simply no legal or constitutional justification that an entire class of adult citizens in Minnesota should be completely denied their fundamental, individual right to keep and bear arms, “ said Bryan Strawser, Chair, MN Gun Owners Caucus.

“We have members and supporters of our organization that serve honorably in the armed forces and the Minnesota National Guard yet are entirely prohibited from exercising their right to keep and bear arms, “ added Rob Doar, Political Director.  “Minnesota’s prohibition on 18- to 20-year-old adults from exercising their civil rights is unjust under any level of scrutiny.”

The complaint states that “[t]hroughout American history, arms carrying was a right available to all peaceable citizens,” and that “[h]undreds of statutes from the colonial and founding eras required 18-to-20-year-olds to keep and bear arms.” Additionally, the complaint argues that Minnesota’s ban “is particularly illegitimate as applied to young women such as Plaintiff Worth” because “[f]emales between the ages of 18 and 21 commit violent offenses at an exceptionally low rate” while noting that “available data show that 18-to-20-year-old adults commit fewer violent crimes than those who are 21-to-24-years-old.”

The Worth case was filed today in the United States District Court for the District of Minnesota, within the Eight Circuit Court of Appeals, against defendants John Harrington, Minnesota Commissioner of Public Safety, Don Lorge, Sheriff of Mille Lacs County, Troy Wolbersen, Sheriff of Douglas County, and Dan Starry, Sheriff of Washington County.