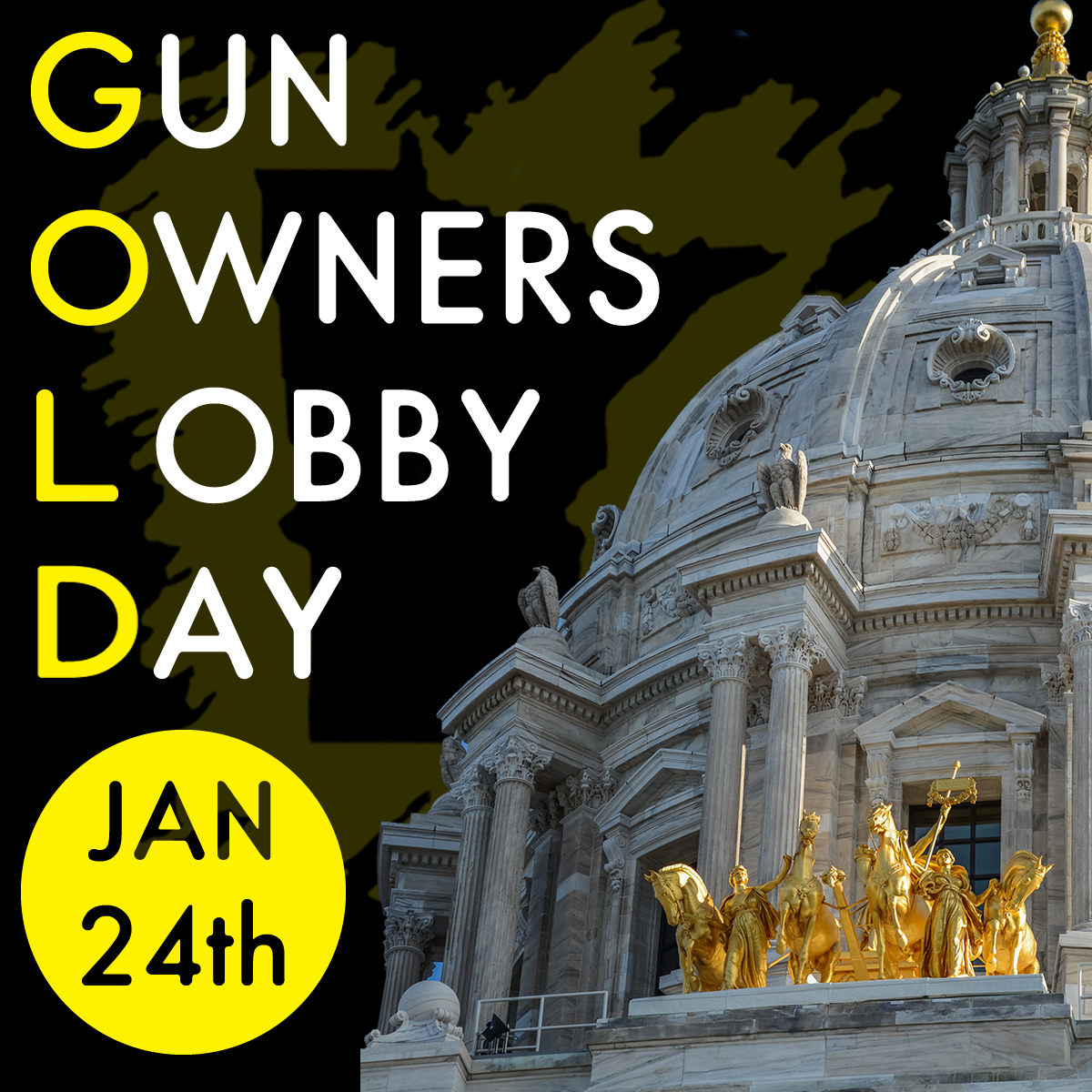 We're being challenged in this legislative session like we haven't been in years in Minnesota.

Unlike the last several sessions, we now have a strong anti-gun majority in the Minnesota House - and only a single vote keeps a mostly anti-gun faction from taking control in the Senate. On top of that, Governor Tim Walz campaigned on a strong platform of gun control and has promised to take immediate action upon assuming office.

Groups like Michael Bloomberg's "Everytown" and "Moms Demand Action" spent millions of dollars to bring their out-of-state funded anti-gun politics to the door of the Minnesota legislature. Hundreds of them showed up on the opening day of session to scream and yell for new gun control laws.

It's time for law-abiding gun owners from across Minnesota to make their voices heard at the State Capitol.

At Gun Owners Lobby Day on January 24th, 2019 - you'll have a chance to meet with both your State Senator and State Representative and let them hear directly from you. You'll also be able to drop by Governor Walz's office and leave him a note expressing your opposition to his agenda of failed gun control strategies.

Why you should attend

Anti-gun groups and their activists will be at the state capitol multiple times during the 2019 session, just as they have been in year's past. It's critical that elected officials, even if they support gun control initiatives, hear directly from you as their constituent.

The Details:  Where, when, and what will I be doing?

If you're available to join us, there will be a Press Conference at 10:00am in the State Capitol Building. We'd like as many gun owners as possible standing behind us during the press event. We'll share more details as the date gets closer.

We're fortunate in Minnesota to have a highly available citizen-legislature that welcomes engagement from all political spectrums and beliefs. Even if your Representative or Senator supports gun control, you'll generally find them open to discussion and the chance to hear from a constituent.

Note:  You may carry a handgun at the State Capitol Complex as long as you have a valid Minnesota Permit to Carry. Long-gun carry inside the buildings is prohibited by statute. We recommend carrying concealed.

This is a critically important event in the upcoming legislative session. We hope to see you there!