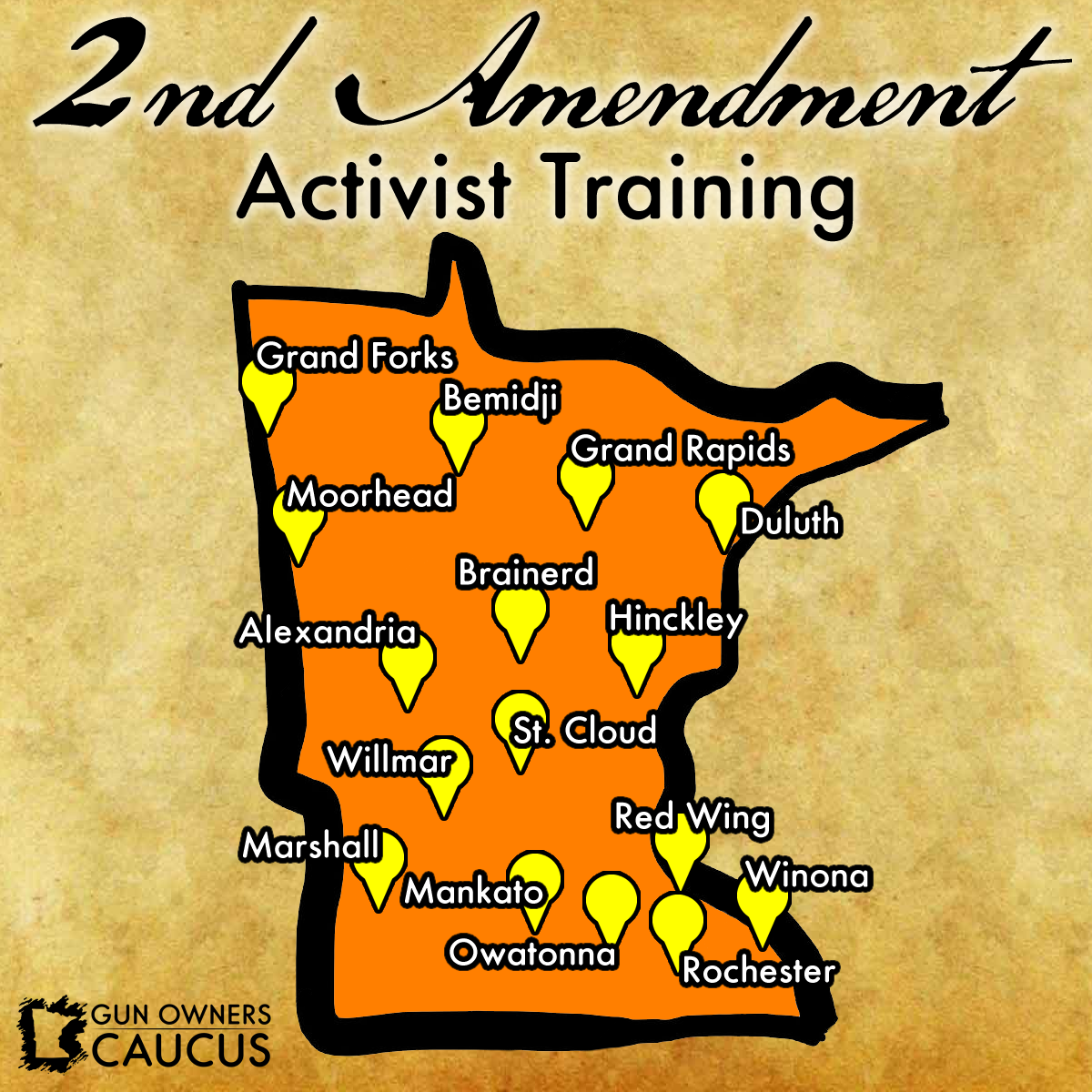 The 2018 elections are critical for gun owners in Minnesota. Control of the Minnesota House and the Governor's Mansion are both up for grabs -- along with the Attorney General's office.

Our ability to ensure that our constitutional rights are protected - and the passage of important pro-Second Amendment legislation like Constitutional Carry and Stand your Ground - are entirely dependent upon the results of this election.

During the month of October, we'll be traveling the state, conducting training sessions for activists that want to play a larger role in elections & lobbying the legislature in the weeks and months to come -- meet local endorsed candidates - and networking with fellow Second Amendment activists.

What you'll learn during the training

You'll also be able to network with local activists and have a chance to meet with and ask questions of local endorsed candidates.

The sessions will be taught by Rob Doar, Political Director, Minnesota Gun Owners Caucus & Political Action Committee and other volunteers from the Caucus & PAC.